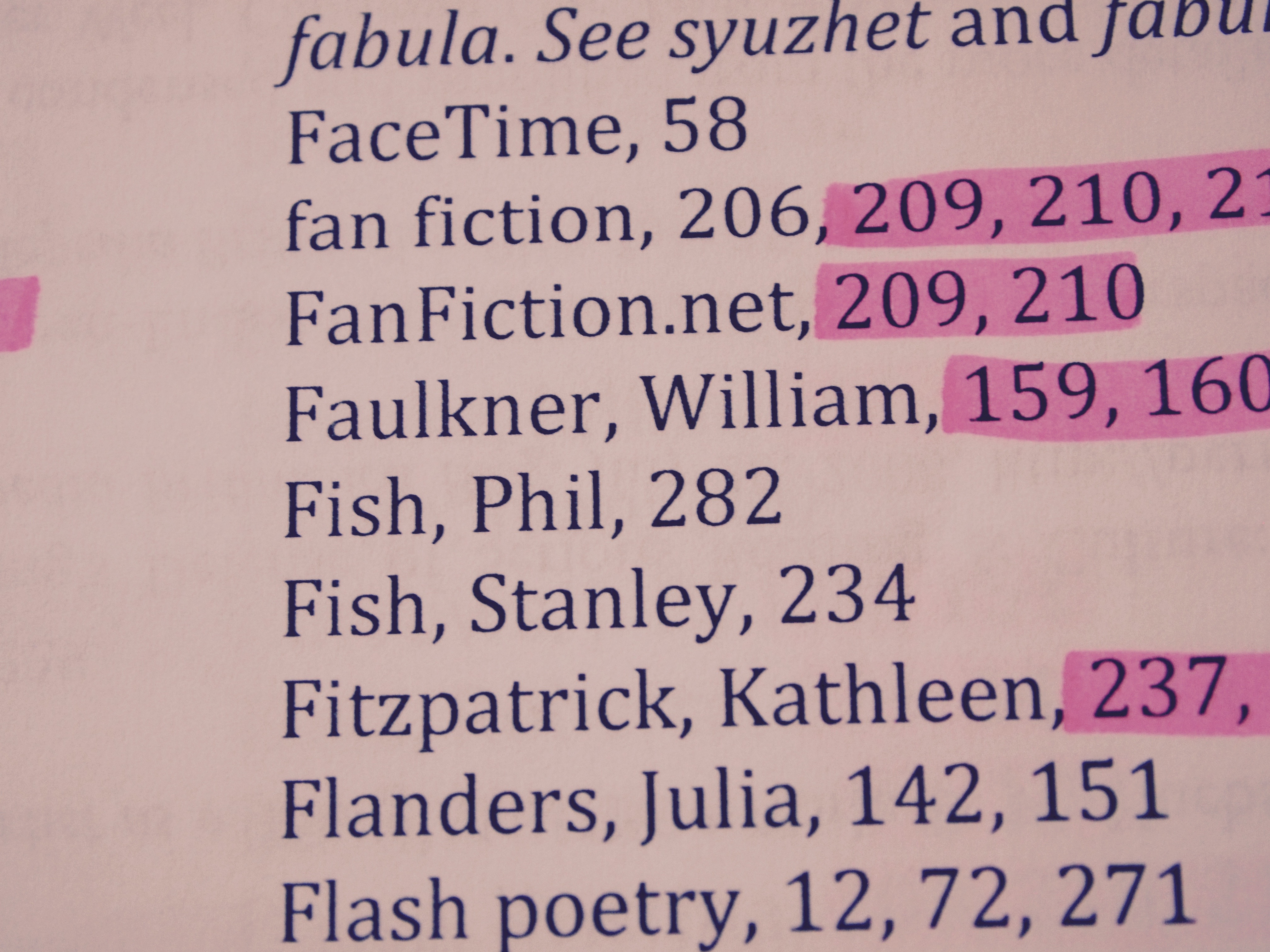 The final stages of a big project are satisfyingly boring. There is not much thinking left to do. Any opportunity for brilliance has expired. Your job now is to spot typos, double-check bibliographical details, scrutinize fonts, and look out for embarrassing factual errors. Occasionally, there is also an index to compile.

Indexes are incredibly tedious — especially if you’re forced to do your index in Word. Microsoft clearly stopped assigning their talented programmers to work on indexing features around 1988. It’s a nasty, cumbersome, sloppy, dull process.

The only fun comes when you’ve done all the grunt work and you get to examine the index itself. After being very close to your project for many years, it gives you a chance to see your work from a distance — to see what you’ve been up to for all this time.

Looking at the index for Literature in the Digital Age: A Critical Introduction, which will be out in early 2016, I was pretty pleased at the breadth of what I’d written. My index runs from Aarseth to Zork, which might suggest an old-school 1990s-style investigation of hypertext and interactive fiction. That’s part of what’s going on, but the index tells a fuller story. For instance,

Looking at the index reminded me of why I enjoyed writing this book so much: it gave me a chance to talk about all kinds of wildly disparate things and to try to find connections between them.